Give USSF Operational Priorities a Voice

On 22 June, Department of the Air Force (DAF) leaders spoke in front of the Senate Armed Services Committee (SASC) Subcommittee on Air and Land to identify United States Air Force (USAF) priorities based on pacing a China threat for a potential 2030 fight. The hearing included testimony by Lt Gen Duke Richards, USAF SAF/AQ Military Deputy, Lt Gen David Nahom, Deputy Chief of Staff (DCS) for Plans and Programs, and Lt Gen Joseph Guastella, DCS for Operations. What was missing from this discussion was the priorities for the United States Space Force (USSF).

One of the main reasons for a separate USSF is to inform DAF priorities based on emerging threats from space to all domain superiority. Yet this hearing, like so many before, continues to present priorities without including space considerations. The hearing schedule doesn’t include any agenda items dedicated to examining the opportunities in or operational needs of the space domain.The Space Force Association (SFA), a non-profit education and advocacy organization dedicated to catalyzing spacepower for the United States, recently met with Lt Gen Saltzman, Deputy Chief of Space Operations for Operations, Cyber, and Nuclear to ask what he would argue for if given a similar audience. He said his priorities are “1) Normalizing force presentation, 2) Building an operational test and training infrastructure, and 3) Implementing advanced training and readiness standards. These three priorities compliment each other as critical elements in creating operational warfighting capabilities and culture across the force.”

Each service is responsible for presenting ready forces to combatant commanders. The USSF is no different. It must identify the functions necessary to assure space dominance, train Guardians to execute those functions, and present those forces to not just United States Space Command (USSPACECOM), but the other 11 geographic and functional combatant commands as well. Services, not combatant commands are responsible for preparing warfighters. It is only after qualification, certification, and advanced training that service warfighters are ready to conduct operations. Just as the other services prepare Soldiers, Sailors, Marines, and Airmen, the USSF prepares Guardians to conduct their domain superiority missions and provide effects in space and across domains.

To ensure their capabilities meet the needs of the Joint Force the USSF, like all other services, will need a robust operational test and training infrastructure. Before the USSF, systems were often accepted after only developmental test, without thorough shakedowns of performance envelopes, suitability in contested environments, or tactics validation. Integration — the coordinated efforts of multiple systems across diverse missions, effects, and all domains to achieve synergistic effects – is becoming more important for space operations. The status quo of untested stand-alone capabilities is quickly becoming less an acceptable expedient and more an impediment to operational utility. Providing forces that can be confidently combined with others demands rigorous operational test. The requisite resources, such as instrumented ranges and realistic simulators connected to shared environments do not yet exist for space as they do for the other physical domains. Rather, current practices are akin to an F-22 being declared operational without confirming the fire control radar can correlate a target or certifying a pilot to fly it. Only with a properly designed and resourced range, test, and training infrastructure can Guardians be confident in their weapons and competent in their employment.

To prepare for future conflicts Guardians must do more than rehearse steady state operations. The Guardian must also be put into scenarios that represent contested, degraded, and operationally limited conditions. Scenario-based experiences pitting Guardians against a thinking adversary are vital. RED FLAG, a two-week aerial combat exercise held several times a year, offers realistic air-combat training for military aviators so their first combat experience is familiar, increasing their odds of success dramatically. In an interview with SFA, Col Mike “Sax” Mathes, former RED FLAG Commander, expressed the need for the USSF to develop a similar venue. Current offerings like SPACE FLAG lack the realism and integration required to meet Lt Gen Saltzman’s priority.

The USSF has operational needs that must be integrated and objectively prioritized with other budget items. When space needs are presented through the lens of “aerospace” by DAF, they will be subconsciously obscured or even deliberately minimized in favor of airpower requirements. For the time being only specific demands from Congress can ensure the right information about the space domain is elevated. There are many ways to get the right military experts to present this information, but one approach would be for HASC and SASC to establish subcommittees dedicated to the national security space to call on senior USSF and defense space leaders to communicate their priorities for space domain superiority directly. 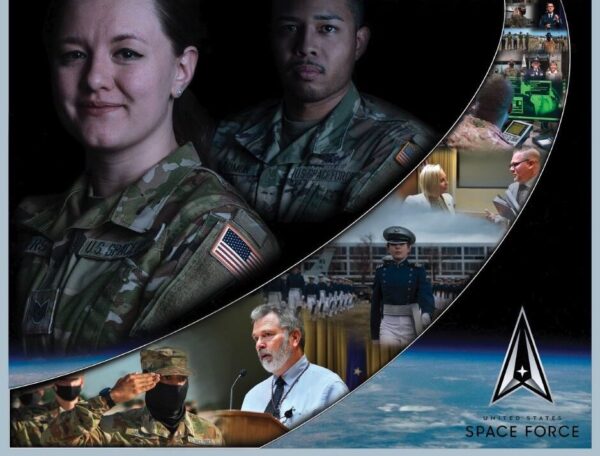 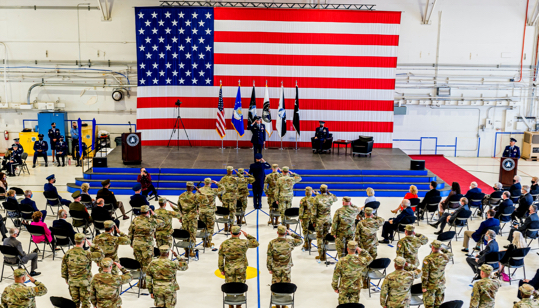