After nearly a year in office, the Biden Administration has made its first statement on the United States’ future as a spacefaring nation. While it rightly expands a “whole of government” approach and notably adds space to the list of U.S. critical infrastructure, it is far from the bold vision required to remain the leading spacepower through the next century.

“Access to and use of space is a vital national interest.”

On December 1st, the White House released the United States Space Priorities Framework and convened the first meeting of the current administration’s multi-department and agency National Space Council (NSpC). The most visible change to the Council, Chaired by Vice President Kamala Harris, was the addition of new principal members. Among those added by executive order were the Secretaries of the Interior, Agriculture, Labor, and Education, as well as the National Climate Advisor.

The additions aren’t surprising, given the administration’s larger policy agenda, but they also reflect a welcome move to a more holistic approach to the challenges and solutions in space. A thriving spacepower should embrace a “whole of government” approach — consciously integrating space across all civic functions from educating a science-literate citizenry to giving farmers satellite imagery to optimize crop production. It is also a step toward an even more productive “whole of nation” model — aligning private and public interests to achieve greater results faster.

While the Framework is not intended as a comprehensive replacement for the National Space Policy published by the Trump administration in 2020, it does lay out the administration’s objectives in the space domain. The Council is expected to refine those into coordinated policies and plans in the months to come.

The message that came out of the Council’s public meeting echoed the theme of America has favored since Apollo — that the first priority in space is science and all other endeavors are secondary. Testimony emphasized the value of space in everything from bank transactions to weather prediction. One clear standout was the role that space information and technology will play in combating the effects of climate change. The threats to national security and public safety as well as the specific investments required to reduce risk and incentivize investment in emerging industries were conspicuously vague.

There is still time to build on the broad language and address gaps in the Framework, but it is possible to be too late. Aging and vulnerable space infrastructure, the pace of commercial capability advancement, and the frequent irresponsible behaviors of other spacefaring nations should drive a sense of urgency in the Council’s work.

“We are on the cusp of historic changes in access to and use of space.”

One triumph is the overdue designation of space systems as “U.S. critical infrastructure.” All other critical infrastructure, including electrical power grids, telecommunications, water supply, health care, and transportation, are dependent on robust space systems, yet they have lacked the same protections and priorities. This recognition should soon lead to new regulatory protections and funding options to protect and modernize all segments of space systems – including spacecraft in orbit, their ground control systems, and the datalinks that connect them – before they fail.

The Framework acknowledges the importance of robust partnerships between the public and private sectors, but a further revolution in communication between commercial actors and government is needed. Commercial endeavors are outpacing government plans. While the historic accomplishments of the civil sector and recent achievements of the commercial sector are both laudable, neither should be the sole arbiters of our trajectory. Those who invest unprecedented private capital and commit to risky independent ventures that used to be the unique purview of nation states should now be consulted when charting the course of national spacepower – not just to enlist their contributions, but to exchange visions and perhaps bring government and business objectives closer together to achieve common goals faster, better, and cheaper.

In the international sphere, the U.S. continues to be hampered by the outmoded theory of “space as sanctuary.” Several competing nations have openly articulated their aspirations for technological and economic superiority in space. Their commitment is real and demonstrated by the on-time achievement of ambitious goals often celebrated in spectacular front-page fashion. In addition to surpassing the U.S. state of the art in several areas, those same actors often demonstrate irresponsible behaviors with little regard to the consequences. This complicates the establishment of norms, puts all space activities at risk, and recently even jeopardized the lives of seven astronauts from three nations aboard the International Space Station. The string of irresponsible behaviors by adversarial nations must not continue unchecked.

Though Secretary of Defense and the Chairman of the Joint Chiefs of Staff membership on the Council honors the enduring role of the Department of Defense (DOD), the Framework does not explicitly acknowledge the United States Space Force (USSF), United States Space Command (USSPACECOM), or their roles. Some worry this indicates a lack of long-term commitment to the new organizations, but the Framework does not assign specific tasks to any government entity. More concerning is that the objectives say little about expanding roles and advancing capabilities for those who ensure the safety and security in space and how those could directly support the other objectives.

As a spacefaring nation, the U.S. is dependent on space for its present and future security and prosperity. The Framework acknowledges today’s dependence on services and information from Earth orbit, but lacks any preview of a strategy for seizing future opportunities that adversaries are already vying for. Specifically, despite reiterating the commitment to return humans to the Moon, the profitable use of lunar minerals is absent. Despite pronouncing “a historic moment” in space, no specific resource, settlement, or defense goals were introduced.

Realizing such goals will require additional roles for DOD. The Space Force can do more than just its foundational and distinctive role to “protect and defend” – fight and win in space. If used correctly in an interagency construct, one of its best roles is as the designated risk taker. The Service could buy down physical risk with services like cis-lunar navigation and rescue and reduce the economic risk of everything from on-orbit replenishment to space based solar power by playing the vital role of first customer.

Whatever the missions, it is important to realize that the U.S. government no longer commands dominant capabilities in every corner of the space enterprise. Important technological advances such as on-orbit servicing and removal of orbital debris are mentioned only in terms of regulation and supervision rather than the requirements and investment necessary to actually deliver game changing technologies ahead of competitors. In reference to specifically military capabilities, the document favors “a more resilient national security space posture” rather than a more capable one. In other words, building a tolerance for losses and interference instead of developing the means to meet and counter hostile acts in space.

This latest guidance aspires to continue U.S. leadership in space, but with eager spacepowers rising, retaining the mantle of leadership will soon require more than this modest offering. While the Framework is justified in prioritizing civil and commercial efforts, Guardians now wait to see if the eventual National Space Policy will go further. The NSpC may yet address the lack of specific space resource objectives, underpin resilient national security space with superior capability, flesh out the minor nod to planetary defense, and literally take private/public partnerships to new heights.

The American position in space is being tested. Continued leadership will require bold vision, real risks, and a sustained act of strategic will. The United States must let go of the illusion of “sanctuary” and overcome a decades long habit of apathy if it wants to shape norms, retain the best technology, and ultimately tap the preponderance of economic opportunities beyond Earth in a rapidly changing security environment. It's Time for the Space Force to Be Seen

As it approaches its second birthday, many Americans still don't know they have a Space Force. Some immediate changes and new initiatives could improve that communication. 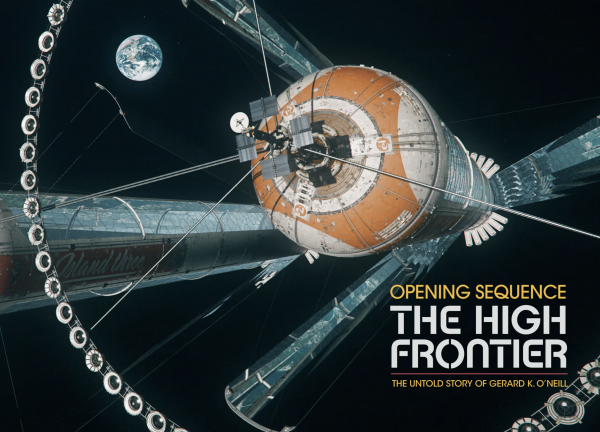